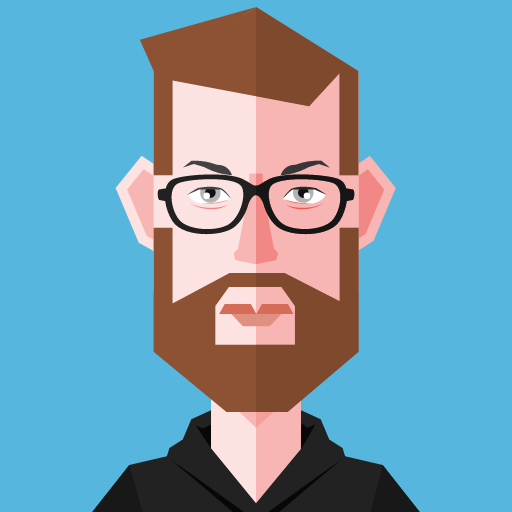 Event Streaming in Rails with Kafka

Companies want to react quickly to the need of processing and sharing large amounts of data in real time to gain insights and create more engaging customer experiences. So, traditional data processing is no longer viable in today’s world.

To achieve that, you need to process a lot of data as fast as possible and then send it to other services for more processing. But in the middle of all these quick actions, it’s necessary to notify consumers when the event occurs—and we can do just that using event streaming.

This is the repo in Github that we will be using.

Before talking about event streaming, let’s talk about what an event is. An event that happens within an application can be related to a user process or simply actions that affect the business.

Events represent a state change, not the question of how to modify the application. Consider these as examples:

In most cases, an event will trigger more events; for example, when a user signs up for a service, the app sends a notification to their device, inserts the record in the database, and sends a welcoming email.

So, what is event streaming?

Event Streaming is a pattern for capturing data in real time from event sources such as databases. The main parts of event streaming are as follows:

It is inevitable to talk about publish and subscribe architecture pattern (pub/sub pattern) at this point; event streaming is an implementation of that pattern but with these changes:

The flow starts when the producer publishes a new event into a topic (as we saw previously, the topic is just the categorization for a specific type of event). Then, consumers interested in events of a particular category subscribe to that topic. Finally, the broker identifies the consumers of the topic and makes the desired events available.

One of the most popular tools for event streaming is Apache Kafka. This tool allows users to send, store, and request data whenever and wherever they need it; let’s talk about it.

Being specifically designed for real-time log transmission, Apache Kafka is ideal for applications that require the following:

Let’s use Kafka in a Rails application!

The most famous gem to use Kafka in Ruby is called ruby-kafka by Zendesk, and it is great! Still, you need to do all the implementation manually, which is why we have some “frameworks” built with ruby-kafka. They also help us with all the configuration and execution steps.

To work with Kafka, it is necessary to install Java. Because Kafka is a Scala and Java application also, installing Zookeeper will be required.

Before the installation, I want to explain a bit about Zookeeper. Zookeeper is a centralized service essential for Kafka; it sends notifications in case of changes such as the creation of a new topic, crash of a broker, removal of a broker, deletion of topics, and so on.

Its main task is to manage Kafka brokers, maintain a list with their respective metadata, and facilitate health-checking mechanisms. In addition, it helps to select the leading broker for different partitions of the topics.

Now, let’s install Java and Zookeeper with the following commands:

Then, we can continue installing Kafka running this:

Once we have Kafka and Zookeeper installed, it’s necessary to start the services this way:

For Windows and Linux:

and add the karafka gem within the Gemfile:

Then, run bundle install to install the gem recently added, and don’t forget to run the following command to get all the Karafka things:

That command should generate some interesting files: the first one is karafka.rb in the root directory, app/consumers/application_consumer.rb, and app/responders/application_responder.rb.

The karafka.rb file is like an initializer application separated from Rails config. It allows you to configure the Karafka application and draw some routes, similar in terms of API as Rails application routes. But here, it’s for topics and consumers.

The producer is in charge of creating the events, and we can add them into the app/responders folder. Now, let’s make a simple producer for users:

The consumer is responsible for reading all the events/messages sent from the producer. This is just a consumer that logs the received message.

We use params to get the event. But if you’ll read events in batches and you have the config config.batch_fetching as true, you should use params_batch.

To run our Karafka service (the one that will be hearing the events), go to the console, open a new tab, go to the Rails project, and run:

Now, open another console tab, go to the Rails project, and type this:

There, let’s create an event with our responder:

If you check the Rails console, we will receive this message after the event is created:

And in the Karafka service tab, you’ll see something like this:

But if you just want the message payload, you can add params.payload in your consumer and you will have something like this:

You can create a User model with some attributes like email, first_name and last_name running the following command:

Then, you can run the migration with this:

Finally, we can change the consumer:

So, let’s create two events with the same email:

With this, the first event is created in the database:

But the second one will fail, because we have a validation that says the email is unique. If you try to add another record with an existing email, you will see something like this:

If you see your console, after the error, you will see this:

It will tell you which offset was processed: in this case, it was offset 42. So, if you restart the Karafka service, it will start in that offset.

It will still fail because we have the email validation in our User model. At this point, stop the Karafka server, remove or comment that validation, and start your server again; you’ll see how the event is processed successfully:

Finally, you can see this message in the last line: Marking users/0:43 as processed.

This is something cool that Karafka offers: you can use callbacks in your Consumer. To do that, you only need to import the module and use them. Then, open your UserConsumer and add this:

Poll is the medium through which we fetch records based on the current partition offset. So, those callbacks before_poll and after_poll, like their name suggests, are executed at that moment. We are just logging a message, and you can see them in your Karafka server—one before fetching and the other one after that:

A heartbeat is just the way we, as consumers, say to Kafka we are alive; otherwise, Kafka will assume that the consumer is dead.

In Karafka, we have a default config to do this in a period of time; it is kafka.heartbeat_interval and the default is 10 seconds. You can see this heartbeat in your Karafka server.

With Sending heartbeat..., Kafka knows that we are alive and we are a valid member of its consumer group. Also, we can consume more records.

Karafka has a config to carry out this commit automatically each time; the config is kafka.offset_commit_interval, and its value is 10 seconds by default. With this, Karakfa will do an offset commit every 10 seconds, and you can view that message in your Karafka server:

The Committing offsets: users/0:44 tell us which offset it’s committing; in my case, it told Kafka that it can commit the offset number 44 from topic 0. In this way, if something happens with our service, Karafka can start again to process events from that offset.

Event streaming helps us to be faster, to make better use of data, and to design better user experiences. As a matter of fact, many companies are using this pattern to communicate all their services and to be able to react to different events in real time. As I mentioned before, there are other alternatives apart from Karafka that you can use with Rails. You already have the basics; now, feel free to experiment with them.

As we know, Rails has its own approach to re-use some parts of the view, you can extract this HTML in modules called partials and you can use them as many times as you need and it’s ok, actually, p...

Flexible API's with Rails and GraphQL